Despite the USSR, Russia can’t barely be pictured without cupolas, monasteries, icons and everything that looks more or less orthodox. Even in Russia, the orthodoxy is coming back in people’s minds (or would it be due to political agendas?). In any case, Russia wouldn’t be Russia without its golden cupolas, monasteries and icons. Fortunately it offers tourists, expats and Russians some wonders of the world that everyone must visit! So being religious or not, follow this top and dive into one of the most important dimension of the Russian culture and history!

Sergiev Posad is a small town, 2 hours away by train from Moscow. So why putting it first? Because Sergiev Posad is considered to be the Russian Vatican. Built around a Lavra (aka a very important monastery), Sergiyev Posad must be visited for its spirituality and the magnificence of its cathedrals. Seriously, it’s beautiful, everything is at the same place and very Russian.

Another very important religious center, Suzdal is a bit farer from Moscow than Sergiyev Posad. But it’s as important and stunning. If you’re visiting only one of the Golden Ring’s cities, go for Suzdal. Suzdal has been kept away from industrialisation and succeeded in  preserving the treasures given by the Russian Princes through centuries. So if you take a picture in the right angle, you’ll be able to pretend that you spent some days in the Russian countryside…as the true adventurer that you are.

While technically not being consecrated, and so not a church, Christ the Savior on the Spilled Blood is an orthodox mausoleum. Indeed the church has been built to mourn Alexander II’s assassination on March 1881. This is a must-do in St-Petersburg. First because everyone knows this building. Second, the inside, all covered-up by golden mosaics, is absolutely stunning. Third, because you’ll appear as super knowledgeable at the office when you’ll explain that this is not St Basil.

Very small and definitely not as impressive on the inside as others, the Peter and Paul cathedral hosts the grave of almost all the Romanovs. In a way, the cathedral is far more impressive on the outside, but it has the perks of being really important to those who celebrate the Russian Tsars. Especially because the cathedral hosts the remains of Nicholas II and his family, butchered in 1918 by the Soviets. 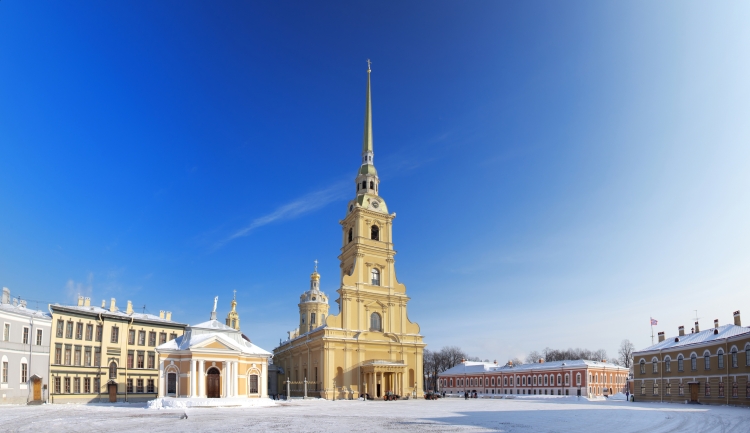 While all orthodox churches and monasteries look similar, you’ll find in the Kolomenskoye domain a simple one. I mean a church WITHOUT cupolas. So why visiting it you’d say? Why visiting something that you could find in your country? Because the Church of the Ascension is classified as UNESCO World Heritage Site. And between us these guys rarely mess things up. Indeed the Church of the Ascension is the first church made of stones in an octagonal shape in Russia! Not so common isn’t? 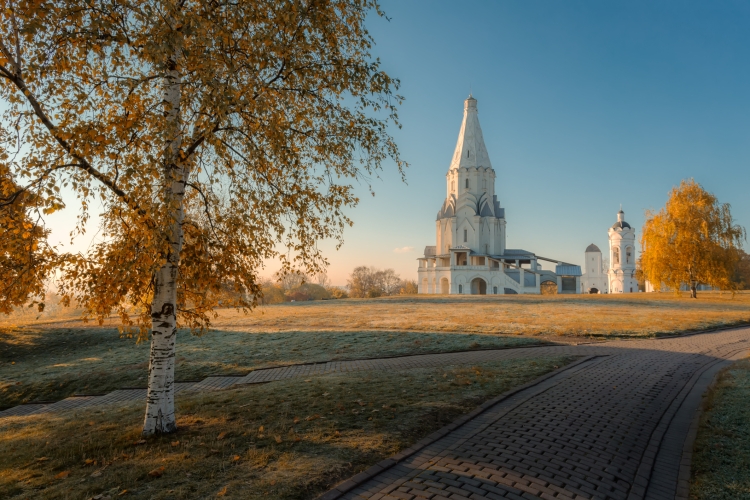 St Isaac is interesting for two things. First it has been built and decorated taking St Peter’s of the Vatican as a model. I don’t know if you ever been in St Peter, but it’s just wow! Second because St Isaac has also been thought as a museum of Russian stones. As a result you have a stunning big church made of gold, icons and colored-marbles from all Russias. You definitely have to go inside, you’ll be able able to make great pics. 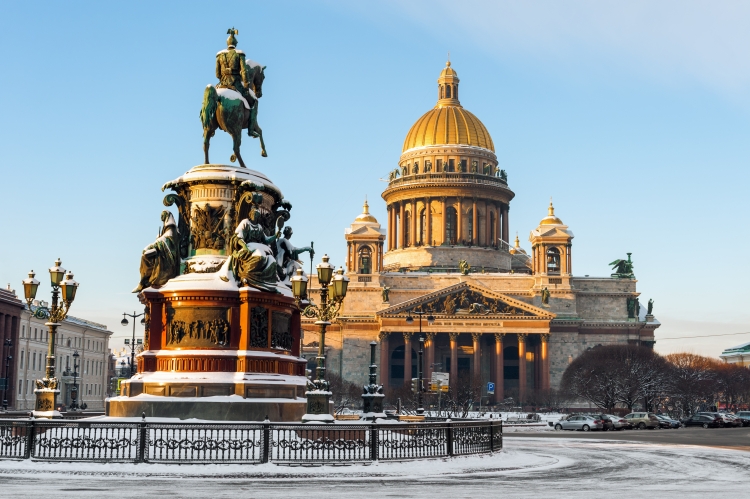 This one has to be seen more because of its history. Christ the Savior was an old white church in the very heart of Moscow. However, it has been destroyed in 1931 by order of Stalin, and replaced by a public swimming pool. While Muscovites get used and loved spending afternoons in this pool, the Russian government in to destroy it and rebuild the church but this time as the largest of Russia. 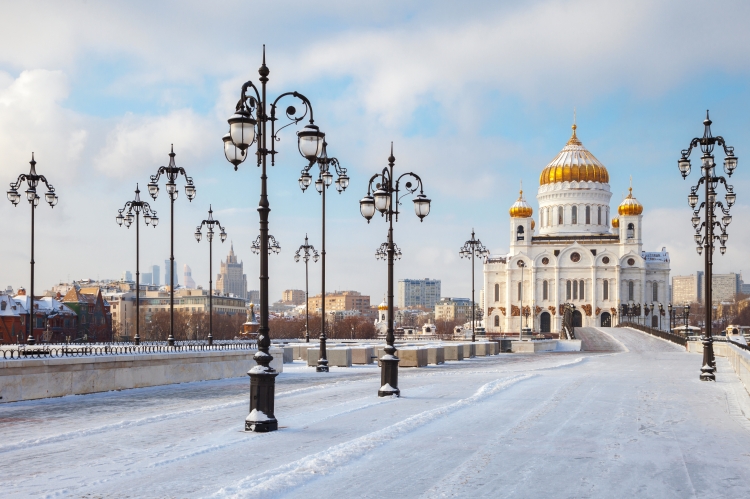 Politico-religious dream of the patriarch Nikon, the New Jerusalem Monastery intended to make Moscow the center of the orthodox world. To achieve this, the patriarch Nikon ordered in the middle of the 17th century the building of a monastery based on the Christ church of Jerusalem. But if the Istra river became the Jordan and the building are based on the same architecture, the inner decoration is fairly different. Today the New Jerusalem Monastery hosts religious arts and must be visited! 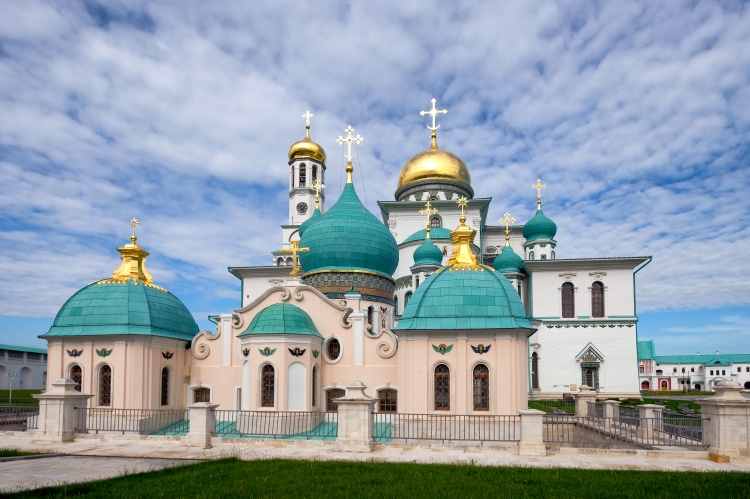 Despite being central in the romanced history of St-Petersburg, the Alexander Nevsky Lavra is a beautiful and peaceful monastery in the heart of the Northern Capital. Maybe because of its pastel-colored buildings, its parks or simply because of its mission, the Lavra has a serene atmosphere. Enter the Lavra and dive in another world, away from the noise and the crowd.

Moscow’s Kremlin remains before all known for its political dimension. But if you enter the domain, you’ll realise that it is a grouping of church behind defencing walls. Within the Kremlin, the church are older than the usual church and still ornamented of traditional Russian arts. Plus, each church has its role and mission. Because why building a single church when you have the space and the money to build 3? 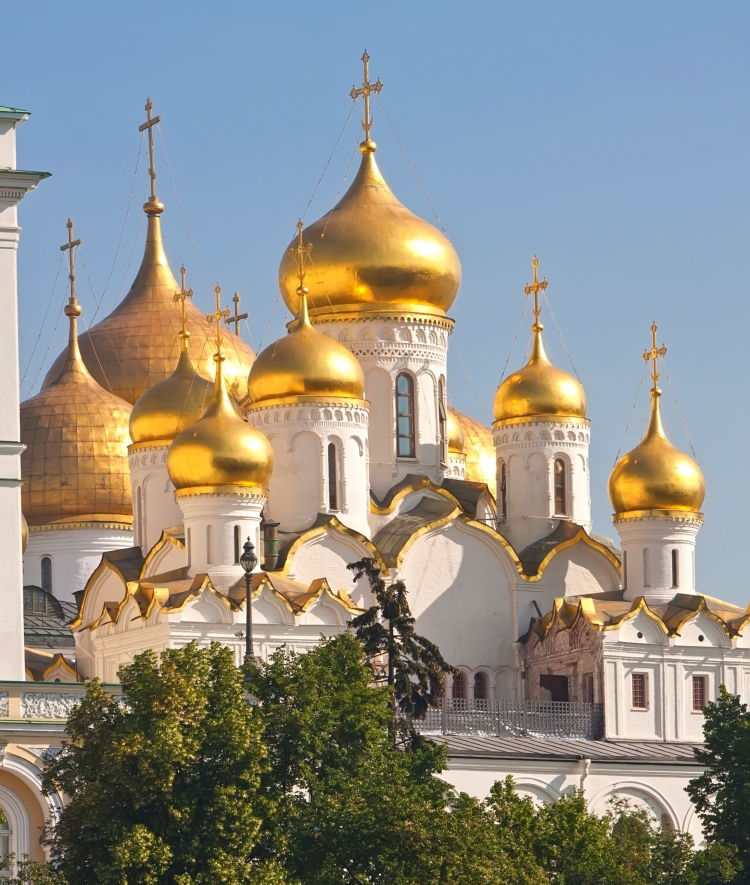 Want to know more about religion in Russia? Read this article!

Want to book a guided-tour? Check out Tsar Visit!

What’s all this about?

Tsar Visit is a small team of amazing people working together to make visits’ booking easier, faster and cheaper in 6 languages.

So why this blog? Well because for us it’s also crucial to help people to better know and understand Russia and Russians. We’re passionate about this country and our mission is also to offer advice, information, tips and addresses that only a local can offer to tourists and expats! So enjoy!